Brandon Bianco is in his second academic year at Denison in 2021-2022 and recently finished his first competitive season as the head men's soccer coach. He became the program's ninth head coach in the 68-year history of the program on March 18, 2020.  He comes to Denison after seven seasons as the head men’s soccer coach at Case Western Reserve University in Cleveland, Ohio. The 2021 season was historic for the Big Red program with the team winning the NCAC Tournament championship and advancing to the NCAA Division III Tournament for the first time since 2009. Following the season, the Denison men's soccer staff was recognized by the United Soccer Coaches as the Region IV Regional Staff of the Year.

“We are beyond thrilled to add Brandon Bianco to the Denison family,” said Carney-DeBord.  “He is someone I have been associated with going back to my time as the head women’s basketball coach and faculty member at Ohio Wesleyan University. Brandon displayed elite leadership skills as a student-athlete and as an assistant coach while being mentored by one of the game’s finest coaches in Jay Martin.  He has continued to grow as a leader and mentor at Case Western Reserve.  We believe Brandon is an expert in developing team culture while creating an environment for each individual to have the opportunity to reach his performance potential. We are very excited that the next chapter of his journey will be at Denison leading our student-athletes.”

“I feel extremely grateful and humbled to be selected to lead the Denison University men's soccer program as the next head coach,” said Bianco. “I want to thank Nan Carney-DeBord, Dr. Gregory Lott, and the entire search committee for their faith in me. I also want to acknowledge Rob Russo and Steven McCarthy for their dedication to the program and for leaving it on a solid foundation for the future. I'm so excited about the direction of our program and look forward to creating a transformative student-athlete experience for our players. The men's soccer program will strive for excellence in the classroom and on the field and will work extremely hard to achieve our ambitious goals. I know that we can accomplish special things in the men's soccer program, and I can't wait to get started working with our players.”

Bianco quickly turned around a Case Western Reserve program that was coming off a 3-14-1 season in 2012.  By 2018, Bianco had Case playing for a trip to the NCAA Division III Final Four.  That season, the Spartans went 16-4-1 and were 5-0 against nationally-ranked opponents during the regular season. On Senior Day, CWRU handed top-ranked University of Chicago its first loss of the season.  Case Western Reserve was selected to host the opening rounds and the sectional rounds of the NCAA Division III Tournament that season.  In the Round of 16, Case advanced via penalty kicks in a 2-2 tie against Kenyon College before falling to Calvin, 3-1, in the national quarterfinals. That season Zachary Senft was named to the D3soccer.com All-America team

In 2015, Bianco led the Spartans to a 13-4-1 record which was the third-most wins in program history at the time.  That squad was ranked as high as No. 16 in the D-III rankings and midfielder Chris Cvecko was named an All-American and the UAA’s Most Valuable Player.  In all seven seasons at Case, Bianco’s teams have earned United Soccer Coaches Academic honors.

Since his arrival at Case Western Reserve, his men’s soccer teams have posted team GPA’s of 3.30 or better each semester and in 2015-16 his program posted the highest team GPA in Division III at 3.63.  From 2015-18 he served on the NCAA Division III Championship committee and from 2017-18 he served as the chair of that committee.

Bianco is no stranger to Denison or the North Coast Athletic Conference. Prior to accepting the head coaching position at Case Western Reserve, he spent five years as an assistant coach at his alma mater, Ohio Wesleyan.  A 2007 graduate, he was a four-year letter winner as a midfielder for a Battling Bishop squad that won three NCAC championships and advanced to the NCAA Division III Final Four.

As an assistant coach under legendary head coach Jay Martin, Ohio Wesleyan compiled a record of 91-14-20 with five conference titles. In 2011, Ohio Wesleyan won the NCAA Division III men’s soccer national championship. That year he was named the Great Lakes Region Assistant Coach of the Year which spanned all three divisions of the NCAA. The Bishops qualified for the NCAA Division II Tournament in all five seasons with Bianco on board while achieving a No. 1 national ranking on numerous occasions.

Bianco graduated with a Bachelor of Arts in health and human kinetics from Ohio Wesleyan in 2007 and received his Master of Science in Organization Development and Change from Case Western Reserve in the 2020.

In addition to his head soccer coaching duties, Bianco serves as an assistant professor in Denison’s Department of Physical Education. 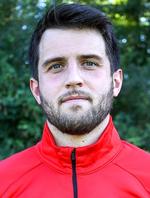 Connor Keenan comes to Denison after spending the last four seasons as the assistant men’s soccer coach and recruiting coordinator at The Catholic University of America in Washington, D.C.

Catholic is coming off an outstanding 2019 season which saw the Cardinals finish the season ranked No. 21 in Division III with an 18-3-1 record.  After going undefeated in Landmark Conference play, Catholic hosted the first and second rounds of the NCAA Tournament, eventually falling to No. 18 Connecticut College. The Landmark Conference awarded Catholic with Coaching Staff of the Year honors at the conclusion of the season.

“When looking to fill our assistant coach position, I was looking for someone who would be a great mentor for our student-athletes and would be ambitious about helping drive our program forward,” said Bianco. “Connor checks both of those boxes and his experience as a player and coach makes him a perfect fit for Denison and our campus community. Connor has been a member of several NCAA tournament teams and I couldn't be happier that he is joining our program.”

Catholic’s rise was steady with Keenan on board.  After posting one conference win in 2016, Catholic advanced to the semifinals of the Landmark Conference tournament in 2017. The following year, the Cardinals were playing in the championship of the Landmark Conference Tournament, leading to the breakthrough season in 2019.
In addition to his duties at Catholic, Keenan is also the head coach of the DC Stoddert U15 & U16 Red club soccer team in Washington, D.C.

Prior to arriving at Catholic, he spent one season as an assistant coach at his alma mater, Lycoming College. That season, Lycoming won the Middle-Atlantic Conference Championship and advanced to the NCAA Tournament.
Keenan was a four-year starting goalkeeper at Lycoming and helped lead the program to its first Middle-Atlantic Conference Championship in 2013 by defeating then No. 1, Messiah in the semifinals.  He was a two-time team captain and was named the MAC Conference Tournament MVP in 2013. As a senior, he set the Lycoming career shutouts record (21) and helped the Warriors hold opponents scoreless for 692 minutes to open the season.

A two-time member of the MAC Academic Honor Roll and a one-time NSCAA Honorable Mention Scholar All-East Region pick, Keenan, graduated from Lycoming with a Bachelor of Arts in criminal justice in 2015.

Keenan completed his master's degree in management in the CUA Metropolitan School of Professional Studies.

Kyle Basil will begin his second season as an assistant coach at Denison in 2020.

A 2010 graduate of the University of Dayton, Basil was a four year player for the Flyers. He was a part of 2 Atlantic 10 championships and one NCAA tournament appearance.

Basil's previous coaching roles include volunteer assistant roles at the University of Southern California (2010) and the University of Dayton (2012). He then coached with the boys program at Groveport Madison High School from 2014-2016. Basil currently coaches with Pride Soccer Club in Canal Winchester and is a part of the Ohio South ODP State staff. He holds a USSF C License and the United Soccer Coaches Premier Diploma.

Basil and his wife, Erika, reside in Columbus, Ohio. He is in his seventh year as a math teacher at Groveport Madison High School. 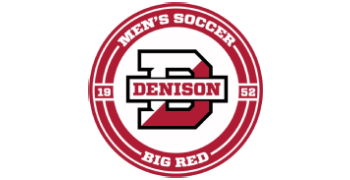